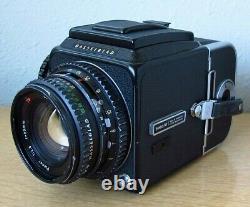 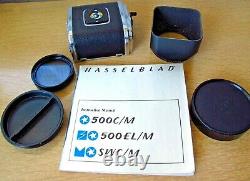 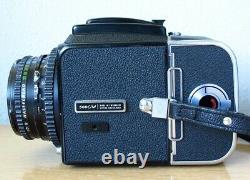 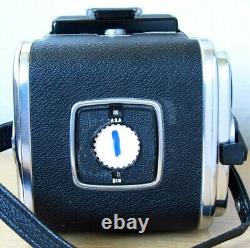 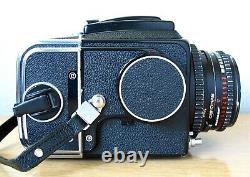 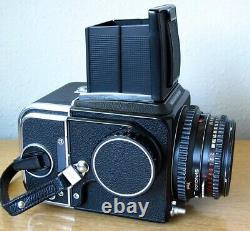 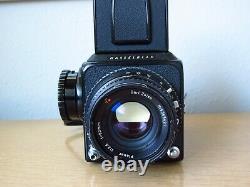 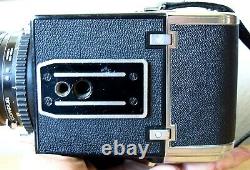 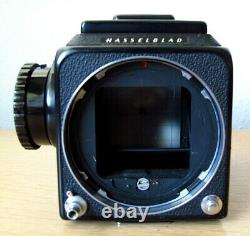 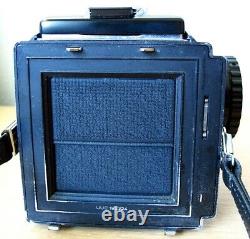 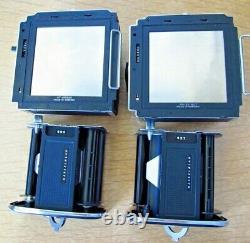 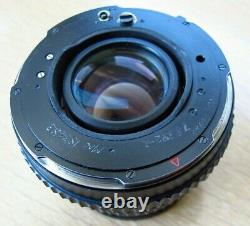 I've personally owned this camera for a little over 25yrs. But haven't used it much in the last 15yrs. I do, though, taken it out periodically and work the shutter, focus and aperature rings, and film backs. I recently ran film thru both backs (had it developed) and there were no signs of light leaks.

Ago I had the lens serviced by International Camera in Chicago for a sticky shutter and that may be the reason for the etched lettering on the rear of the lens (shown). Here's what is included.

It shows some wear around the barrel of the lens and some scratches on the bottom plate of the camera. The body and film backs exhibit some light dings on the metal trim. The aperture of the lens opens/shuts properly-the focus and aperture rings move fluidly. The lens is clear of fungus, coating separations, dust particles, and scratches. The exterior of the camera and lens have been clean to the best of my ability.